Imagine playing a card game with a deck of cards that you’re unable to change. If your deck is great then the game is easy and fun! If your deck is less desirable then you may struggle a bit in the game, always looking for a leg up. Until recently your genetic makeup was believed to be the blueprint of your future health – your unchangeable deck of cards, if you will. For better or worse, you inherited the deck which your parents dealt you.  But recent studies indicate otherwise.  You may have much more control of your genetic health than you ever realized.  The NY Times Bestseller, SUPER GENES, is revolutionizing how we think about inheritance and provides you with tips to optimize your genetic health.

In this upcoming episode of the VIBRANT GENE, we ask pertinent questions of our esteemed guest, Dr. Rudy Tanzi. Tune in to learn about:

What can we do to prevent Alzheimer’s disease?  Does the body really require 8 hours of sleep?  If so, why?  How can we improve our health and live long vibrant lives?  Why is it important to do things that you love and to be creative?

Shows air on Wednesdays on Cambridge Channel 9, and are available on our YouTube Channel.  Don’t forget to subscribe to catch them early! 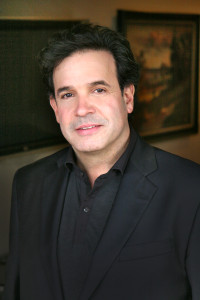 Dr. Rudolph Tanzi is the Vice-Chair of Neurology and Director of the Genetics and Aging Research Unit at Massachusetts General Hospital, and serves as the Joseph P. and Rose F. Kennedy Professor of Neurology at Harvard Medical School. Dr. Tanzi received his B.S. (microbiology) and B.A. (history) at the University of Rochester in 1980 and his Ph.D. (neurobiology) at Harvard Medical School in 1990. In his research achievements, Dr. Tanzi served on the team that was the first to find a disease gene (Huntington’s disease) using human genetic markers, helping to launch the field of neurogenetics. He later co-discovered all three early-onset familial Alzheimer’s disease genes and identified several others as leader of the Cure Alzheimer’s Fund Alzheimer’s Genome Project. He also co-discovered the Wilson’s disease gene and several other neurological disease genes. Most recently, he and his team used Alzheimer’s genes and human stem cells to create what the New York Times coined, “Alzheimer’s-in-a-Dish”. This is a three-dimensional human stem cell-derived neural culture system that is considered to be the first true model of Alzheimer’s disease, recapitulating both pathological hallmarks of Alzheimer’s disease: plaques and tangles. The model has made drug screening for Alzheimer’s disease 10 times cheaper and 10 times faster. Dr. Tanzi has developed novel therapeutics for AD including gamma secretase modulators and metal chaperones (PBT; Prana) aimed at lowering plaque and tangle pathology. Both have been entered into clinical trials for Alzheimer’s patients. Dr. Tanzi has published over 500 research papers and has received the highest awards in his field, including the Metropolitan Life Foundation Award, Potamkin Prize, Ronald Reagan Award, Silver Innovator Award, and many others. He was named to TIME magazine’s 2015 list of TIME100 Most Influential People in the World, and received the Smithsonian American Ingenuity Award, the top national award for invention and innovation.  Not only that, but in his spare time, has played keyboards with the band Aerosmith. 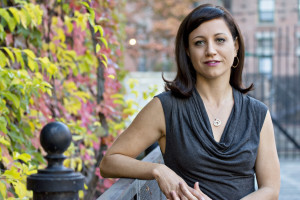 Kayla M. Sheets is a board-certified, licensed genetic counselor and founder of Vibrant Gene Consulting, a concierge practice located in Cambridge Massachusetts.  Kayla is specialized in taking genetic insights and translating them into greater health and wellbeing for her clients.  She also provides expert advice about DNA testing to confirm relationships when traditional tests fail.

Our Show was Made Possible by these amazing people:

For a Private Genetic Consultation, contact us via email (contact@vibrantgene.com) or phone at (617) 433-7874.