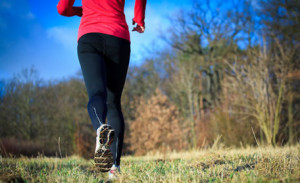 More and more genetic tests are available that claim to educate you about important lifestyle choices. But can a genetic test really tell you how to exercise? Optimize your diet? Uncover vitamin deficiencies? We put the Pathway Genomics Fit Test under the microscope by trying it out ourselves.

Pathway Genomics (PG) is one of several DNA testing labs that provides relevant tools for the health-conscious client. The Fit Test, which recently became available via a smartphone app, involves querying your genome for 75 markers (points of interest). At your request, the lab mails a saliva collection kit to your home with a return envelope included.

I tested it (no pun intended) to determine if it would be useful and reliable for my private clients. My colleagues also tried it out. Dr. Barry Starr, PhD, is a geneticist and research collaborator who also directs Stanford’s at the Tech genetics outreach program. Dr. Richard Donahue, MD, MPH, is the founder of Personal Health MD and a clinical collaborator.

Dr. Donahue and I tried out the original test which is more expensive but contained additional information about the variants including a quality score.  Dr. Starr ordered the test via PG’s new app, which is cheaper but has an abbreviated report.  For more details on Dr. Starr’s experience visit: A Geneticist’s Take on The New Pathway Fit Genetic Test

What Do We Know About PG’s Tests?

PG performs their testing in a CLIA-approved laboratory, demonstrating the tests are of clinical quality (i.e. they have higher standards than a research lab). The tests were developed internally and, as such, are not subject to FDA approval. (When I am asked to select a laboratory for my clients, I carefully evaluate the laboratory and tests on the basis of quality, transparency and reputation.)

The Fit Test purports to help people gain personalized genetic information to help optimize their health by making educated lifestyle changes. The test queries your genome for 75 different markers (regions of interest in your DNA) that are associated with metabolism, eating behaviors and energy consumption. The lab then compiles your results into a report that outlines the various lifestyle changes that they recommend based on your profile.

The report itself is well-written. The lab is very transparent about the literature backing any given variant your test turns up. Each variant is given a score of one to four stars, indicating the size of the study and whether the finding was reproducible. Links to the original paper are also provided, which I found to be very convenient.

My report was nicely broken down into these sub-categories:

Some of the results were surprising and/or quite illuminating. Others were less informative, with less data supporting the association. Given how much information is provided, I will focus on the variants that had the strongest evidence backing their purported associations.

I was recommended to eat a diet low in fat. This was intriguing because Dr. Donahue’s report suggested he subscribe to the Mediterranean diet (which is presumably lower in carbs).

However, I remain a bit skeptical about this result. Only one of my seven markers evaluated received a four-star rating, indicating that most of the research compiled to design my diet plan involved smaller studies (n<200) with unreplicated data.

Further investigation of the marker with the strongest evidence left me even more skeptical. The claimed association of obesity to a diet high in saturated fat only pertained to folks with two copies of the variant (homozygous), while I only have one copy of the variant (heterozygous). As such, I believe this assertion is not true for me.

The Fit Test predicted I would have typical snacking behaviors, but have difficulty feeling satiated and display eating disinhibition (having a tendency to eat more than normal in response to a stimulus, such as tasty foods or experiencing stress).

I was also predicted to not have a sweet tooth, which is clearly not the case. None of the markers had overwhelmingly strong evidence backing them, so I won’t belabor this point.

I was predicted to be a rapid metabolizer of caffeine. Interestingly enough, further research of my variant (homozygous for CYP1A2*1F) I found that the gene encodes a family of proteins that are utilized by the liver to break down nutrients and drugs. Caffeine happens to be one such drug.

If I had a different variant, the test may have warned me of the risk of heart attack if I drank too much caffeine. Or, if I had a variant in the BRCA1 gene (associated with breast cancer), the test may have shown that caffeine could help me prevent breast cancer. So although PG classified this variant as having relatively little evidence backing the associations, I disagree. I believe the evidence is sufficient to give credence to this section of the test. This particular information has the potential to save lives.

The test also predicted I would not have lactose intolerance (which is true) and not experience alcohol flush (also true). Both variants had four-star data ratings.

This section assessed my genetic predisposition for vitamin deficiencies. I was predicted to have:

My profile was inconclusive for vitamin A. In this section, the data was strongest backing up vitamin deficiencies in B6, B12 and D.

I have been screened for serum levels for these vitamins and followed up with micronutrient testing of T-lymphocytes tested at SpectraCell Laboratories. Neither screen suggested I am currently deficient in any of the above vitamins. However, this may be due to the supplement and diet regimen that I have followed for years.

Would I be deficient due to these variants if I weren’t cautious? I really cannot say. I can say that PG’s suggestion to “drink low-fat vitamin D milk” is surprising, since this vitamin is fat-soluble and requires ingesting fat to help in delivery. Oh well, the other nutritional suggestions seemed reasonable, but I’d run them past a registered dietician before making any changes.

The nutrition section also included a general chart of foods that are associated with weight loss and overall health. This table isn’t customized to my genetic profile, and there are no citations associated with any of the suggestions, so I moved past it quickly.

I was predicted to have an above-average risk of obesity, and risk regaining weight after dieting. The test predicted I would have a normal metabolic rate and typical adiponectin (a hormone produced by fat cells to trigger the liver and muscles to burn fat for energy) levels. The two claims with strongest evidence backing them were the association with obesity and adiponectin levels.

My risk for obesity was measured by considering two different markers: genes abbreviated as FTO and MC4R. According to PG, the first gene is believed to be important in controlling feeding behaviors and energy balance, while the second is expressed in the brain’s hunger center and involved in regulating energy balance.

The data supporting the association between my variant in MC4R is impressive, and a little frightening. Thankfully, PG suggests I can mitigate my risks by eating a proper diet and exercising regularly. Perhaps this was the impetus I’ve needed to make it to the gym more regularly!

The lab predicted a number of things that I have found not to be true: high LDL, low HDL, elevated triglycerides and elevated blood sugar. This was a bit surprising (albeit a relief for me) because this was the section of the test with by far the greatest number of associated variants with four-star data ratings.

Suffice to say that these predictions will encourage me to continue with my current diet plan, which seems to be working well, and to exercise more frequently.

The Fit Test can motivate clients to make necessary lifestyle changes. Sometimes we couch potatoes need a nudge to get moving and eat more consciously. I can attest to feeling more motivated to hit the gym more regularly.

The Fit Test also encouraged me to verify that the vitamins for which I was at risk of having a deficiency were included in my daily multivitamin. I don’t believe I would have had blood screenings done, either, had I not pursued the Fit Test.

Others have reported surprising responses to the test. My collaborator, Dr. Donahue, found his report to be quite accurate: “Uncanny as it helped explain who I am.”

We also have some data that speaks to the value of these tests. PG testing has become quite popular with MedCan, a private clinic in Canada. MedCan reports that 93% of their executive health patients surveyed found value in their test results.

PG’s tests are based on GWAS (genome-wide association studies), which describe associations between markers and complex conditions or traits. That is, the variants are not to be regarded as causative. Some of the markers in the Fit Test have weaker associations than other markers. PG indicates the level of confidence in their data to make it easier to judge validity.

In my practice, I tend to pick out the strongest findings in a given report and spend the most time researching and later discussing important findings with my clients. Also, these tests are usually not covered by insurance, and out-of-pocket costs are generally $299-$599 each. Do check the PG website, as the price fluctuates and you might get lucky with a promotion.

In the case of single-gene disorders like cystic fibrosis, misinformation can cost people’s lives. These lifestyle tests shouldn’t pose the same risks. PG’s recommendations are generally conservative, suggesting the risks to ordering these tests without a provider’s support may be lower. The risk of genetic discrimination is also perceived to be relatively low.

However, I would NOT recommend making major changes in supplementation or diet without consulting your PCP. It’s easy to test your blood levels and get a baseline assessment for each of these vitamins. This is necessary because some are fat-soluble, and you can theoretically overdose.

This test is not appropriate for everyone at just any time. However, if you have evaluated your family history with a qualified healthcare provider and results do not require urgent action, then such tests can be a useful tool for making lifestyle changes.

Again, be mindful of lifestyle changes! Consult with a qualified health professional prior to taking new supplements, changing your diet dramatically or starting a new exercise program.

For additional information, contact a genetic counselor at 617-433-7874 or contact@vibrantgene.com  You can also visit www.nsgc.org to locate one in your area.