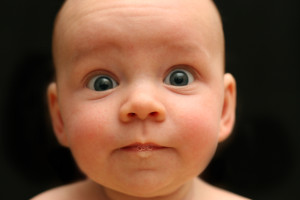 The UK is the first country in the world to legalize the use of 3-parent IVF techniques.  The FDA is currently reviewing the technique for use in the US.  How can three parents create one biological baby?  Much of this post may sound stranger than fiction…

For Starters, What is IVF?

In its simplest terms, IVF (or in vitro fertilization) is the creation of human embryos in a lab, by mixing eggs and sperm.   Embryos are then implanted into the mother-to-be’s womb.  Until this point, IVF was limited to folks who experience fertility issues, or need to use donor egg or sperm as commonly seen in same-sex couples.  But this week marked an epic breakthrough in IVF technology use.

Mitochondria: not your average organelle

Mitochondria are organelles (think ‘mini organs’) found inside each of the trillion cells in your body:  blood cells, skin cells, heart cells etc.  (Picture a chicken egg, the yolk is the nucleus and houses your DNA; the egg white is where all the organelles hang out.)  Mitochondria act as  powerhouses by taking in molecules and breaking them down to a usable source of energy for your cells.  The body of a person with mitochondrial disease is starved for energy, especially their brain and heart because these organs require a large amount of energy to function.

I personally know folks with mitochondrial disease.  Many have symptoms similar to chronic depression, or chronic fatigue, amongst a litany of other symptoms.  Some face risks of kidney or heart failure during their lifetime.  Striving to prevent possible mitochondrial disease in future generations is a worthwhile endeavor.

Mitochondria have their own genome.  It is tiny, the genome only contributes 37 genes (compared to around 25,000 found in our nuclear genome).  And the organization of these genes is very strange.  They overlap with one another, and together form a large ring….much like bacterial genomes.  There is no coincidence there.  Mitochondria were once sovereign beings.  Early in human history, our cells engulfed bacteria, having them play the role of power generators.  The relationship was symbiotic-we gave them food, they gave us energy, and eventually the bacteria took up permanent residence.  They retain genetic material, which we continue to use mostly for energy production.

How do you inherit mitochondrial genes?

If a mother carries a mutation in one of her mitochondrial genes, every pregnancy carries a high risk of mitochondrial disease.  The 3-parent IVF technology, now legal in the UK, is a game changer. It allows such families to have children free of such disease.

How does the IVF lab work its magic?

From a scientific standpoint, this marks a historic breakthrough in reproductive technology.  And for the thousands of families suffering with mitochondrial disorders, this is very exciting news.  For the first time, mothers with mitochondrial diseases can have healthy biological children of their own.

But there are some social implications we might need to consider, and we will tackle these in part 2.